Yesterday the Fifth Circuit Court of Appeals agreed with an earlier district court ruling that the individual mandate of the Affordable Care Act (ACA) was unconstitutional without an accompanying tax penalty.  They have now asked that district court to do additional analysis to determine if that mandate is “severable” from the rest of the ACA. This case will ultimately make its way to the Supreme Court where a final ruling will be made.

It is very important for Scott clients to note that while this ruling will garner a lot of attention, it doesn’t change anything related to the employer requirements associated with the ACA. All coverage requirements, notices and reporting for employers remain unchanged.

We will keep you posted on developments and you can read additional detail about the ruling in the below press release from the National Association of Health Underwriters:

In the appellate court’s ruling, it agreed that the individual mandate is unconstitutional because it can no longer be read as a tax, and there is no other constitutional provision that justifies this exercise of congressional power. However, when reviewing whether the individual mandate could be separated from the rest of the ACA, the appellate court sent that question back to the district court to provide additional analysis of the provisions of the ACA as they currently exist that was not provided in the lower court’s previous decision.

This ruling is not final and is expected to be engaged in appeals for the next several months, which will likely culminate in a hearing before the Supreme Court. This means that the ACA continues to be the law of the land and compliance with the ACA is still being enforced. Coverage for the 2020 plan year remains unaffected by the ruling

Contact your Scott Benefits Consultant with any questions about these developments.

The National Association of Health Underwriters represents 100,000 professional health insurance agents and brokers who provide insurance for millions of Americans. NAHU is headquartered in Washington, D.C. For more information, visit their web site at www.nahu.org. 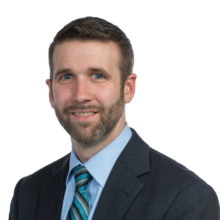 Greg Stancil serves as a Senior Account Executive at Scott Benefit Services with over 17 years of experience in the healthcare industry, working with PPO networks, carriers and as a consultant. He also serves as Director of Legislative Affairs, in which he oversees Scott’s client healthcare reform plan actuarial validation and affordability custom modeling, healthcare client checklist, due diligence process and client HCR monthly webinar series. Additionally, Greg conducts healthcare reform workshops across the country and manages Scott’s healthcare reform blog.