In a year-end spending agreement, Congress has repealed the Cadillac Tax and the Health Insurance Tax, two taxes impacting employers that were included in the Affordable Care Act.  This move equates to significant healthcare savings for employers and consumers alike. END_OF_DOCUMENT_TOKEN_TO_BE_REPLACED Continue reading

Yesterday the Fifth Circuit Court of Appeals agreed with an earlier district court ruling that the individual mandate of the Affordable Care Act (ACA) was unconstitutional without an accompanying tax penalty.  They have now asked that district court to do additional analysis to determine if that mandate is “severable” from the rest of the ACA. This case will ultimately make its way to the Supreme Court where a final ruling will be made.

It is very important for Scott clients to note that while this ruling will garner a lot of attention, it doesn’t change anything related to the employer requirements associated with the ACA. All coverage requirements, notices and reporting for employers remain unchanged.  END_OF_DOCUMENT_TOKEN_TO_BE_REPLACED Continue reading 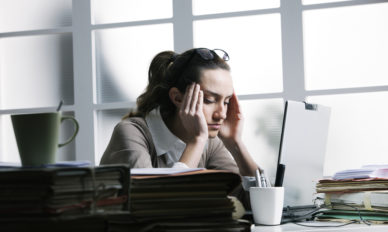 Have you ever heard a colleague or friend say something along the lines of “I just feel so burned out”? Most likely, you have – more than once. In 2018, Gallup estimated 23 percent of employees feel burned out at work “very often or always,” and a further 44 percent reported feeling burned out “sometimes.”  The modern-day definition of burnout, the state of emotional, physical and mental exhaustion caused by prolonged work stress, was first introduced in 1974.  Since that time, burnout has received increased attention and media coverage and has grown in prominence as a workplace issue in recent years. The business impacts of burnout include increased health plan utilization, increased absences, job dissatisfaction and negative effects on productivity, such as increased decisional errors, diminished work quality, and decreased task and time management capabilities.

There is a lot of noise in the marketplace regarding referenced-based pricing (RBP) as a viable payment model for employer-sponsored health plans.  RBP is a payment model that does not utilize a network of providers, but rather bases reimbursement for claims on a percentage of Medicare, which serves as the “reference” point. The advantage of RBP to an employer is clear as most employers see savings ranging from 20% – 40%.  The RBP model can be applied across the board, or just for inpatient and outpatient facility charges.   END_OF_DOCUMENT_TOKEN_TO_BE_REPLACED Continue reading

Sleep is a foundational element in determining one’s overall health and quality of life, with the average adult requiring at least seven hours of sleep per night for the best health and wellbeing.  Even though most people know this, sleep is severely undervalued in our culture, as revealed in a 2013 Gallup poll which showed that 40% of Americans get less than 6 hours of sleep per night.  What many people may not realize is that a lack of sleep leads to negative physical, mental and emotional consequences that have direct and meaningful implications in the workplace.