Today’s merger and acquisition (M&A) landscape is hyper active. In 2016 alone, there were more than 12,000 M&A deals in the U.S. These opportunities often create significant financial opportunity for the purchasing and selling entities. Alternatively, during the same period corporate bankruptcies totaled over 46,000, revealing that many companies are facing significant difficulties.

Both M&A events and bankruptcies typically lead to significant changes in a company’s corporate structure, which in turn impacts the exposures faced by its directors and officers (D&O), and their respective insurers. So, how does a D&O policy respond to changes in the structure of a business? When should management consider run-off insurance for ongoing protection?

What is Run-off Insurance?

Run-off insurance, sometimes also called “tail insurance” or “extended reporting period”, extends the coverage provided by a D&O policy for a specific number of years for claims arising prior to a change of control for wrongful acts of the directors and officers of the entity. While the definition of a change in control will vary between policies, it typically includes the following situations:

When a change of control occurs, a company’s D&O policy automatically goes into run-off until the end of the policy term for wrongful acts that occurred prior to the change of control. Following a change of control, the directors and officers of a company may believe that they are no longer at risk of being held accountable for decisions made in their former role. The reality is, even after control of a company has transferred to a new board or trustee, the former executives remain exposed to allegations, legal claims and personal liability long after their formal responsibilities have ended.

Companies will want to purchase run-off coverage for the same reasons they initially purchased D&O insurance. Without it, directors and officers are effectively left uninsured against the decisions made in their past roles and are susceptible to claims made personally against them. This coverage is usually written as an endorsement to an existing D&O policy, but it may also be in the form of a policy newly issued by another insurer.

Sources of claims against directors whose companies have been acquired could include:Alleged misrepresentations, errors or omissions by directors to the counterparty in the transaction

In the situation of a distressed company, creditors can sue directors and officers personally in an attempt to recoup losses. Additionally, liquidators will often seek recovery against the company’s executives for financial mismanagement and insolvent trading. Following a merger, acquisition or change in corporate structure, director’s indemnity agreements cease to exist; therefore it is critical that ongoing insurance protection is established.

While the standard statute of limitations for securities claims as outlined by Sarbanes-Oxley is five years, this can vary based on allegations and the jurisdiction in which an action is brought. Claims made against individual directors and officers can be made up to seven years after a wrongful act in some regions and courts are further extending the limitation periods where a wrongful act was either undiscoverable or deliberately concealed.

Insurers usually have the ability to provide a wide range of options to those seeking run-off coverage with discounted rates to companies who purchase multiple years of coverage. If you are considering or anticipating an event that will cause a change of control at your company, contact a Scott Risk Advisor for more information. 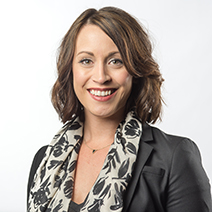 Michelle joined Scott in 2017 with more than a decade of industry experience and a background in Management and Professional Liability. In her role as Vice President of Marketing, Michelle serves Scott clients by ensuring they have the best coverage structure and most competitive premium terms available in the market. She monitors market changes and industry trends to effectively negotiate with insurance carriers on behalf of Scott clients. Prior to joining Scott, Michelle served as a Client Executive at Marsh & McLennan Agency, LLC, where she focused on overall risk strategy and placement for large middle market accounts.