Nearly 800 contractors, suppliers, service providers and guests attended the Carolina’s Associated General Contractors (CAGC) Summer Summit last month to discuss issues impacting the construction industry throughout the region. The topics discussed at the conference were focused on the building, utility and highway divisions of construction; however, several trends permeate the entire industry and even other industries with a similar workforce and/or risk exposures.

Far and away the greatest issue facing the construction industry is a significant labor shortage.  The Carolinas are one of the most active construction markets in the country, employing an estimated 323,500 people between the two states. In July, unemployment was only 4.1% in N.C. and 3.5% in S.C. The current lack of skilled trade workers is forcing contractors to screen the projects they pursue based on project schedules and labor availability. In response to this issue, the CAGC is working with community colleges to attract, train and match potential employees with employers through its Build Your Career (BYC) program. The industry hasn’t arrived at this labor crisis overnight, and the solution will certainly take time, but the BYC program’s multi-faceted approach is promising.  Partnering with the Generation T initiative, BYC is promoting the value and earning potential of careers in the construction trades to develop a stronger workforce pipeline.

While the labor shortage and how to address it was a hot topic, infrastructure needs and how to fund them also garnered a lot of attention.  Currently, over $10.6 Billion in road contracts are underway with the N.C. and S.C. Departments of Transportation. North Carolina expects to let about $3.1B of road work in the next twelve months, with S.C.’s projection of between $1-2B. With federal funding for transportation continuing to remain in question, both states are taking steps to secure their portion of the funding needs. South Carolina took a large step forward several years ago by approving a gas tax increase of 2¢ per gallon/per year starting in 2017, capping out at 28¢ per gallon. South Carolina’s gas tax is currently 22.75¢ per gallon, compared to 36.45¢ in N.C. The tax increase is providing a sorely-needed $1B for road maintenance and infrastructure improvements to the existing system, including paving, safety improvements, bridge replacements and interstate widening throughout the state. Revenue from the tax does not address funding needs for new roads or interstates.

North Carolina’s Future Investment Resources for Sustainable Transportation Commission (NC First) was formed in April to look at sustainable long-range transportation funding sources to maintain and improve the state’s 70,000+ miles of roads. Transportation infrastructure funding traditionally relies on motor fuel taxes, highway use taxes and revenue from the Department of Motor Vehicles. Increased automation, ride/car sharing, electric and hybrid technology and CAFÉ standards have all eroded the ability of these funding sources to keep pace with the state’s needs. Motor fuel taxes alone support 50% of North Carolina’s highway funds and 70% of federal funding. The average car today gets 22.5 MPG, generating about $183 per year in motor fuel tax revenue. Compare that to the hybrid car average of $125 per year or $0 for an electric car, and you can begin to see the compounding issue. The commission is looking at traditional sources of funding and possible new revenue streams to support our transportation needs.  Options for these new sources include taxes on alternative fuels, energy taxes, and distance or weight-based fees.  The commission’s recommendation on funding isn’t due until early 2021, but you can follow its progress at www.ncdot.gov/ncfirst.

I can’t close without commenting on the event that cast a pall over the entire 2019 Summer Summit.  On Thursday, July 25, as the Summit was starting, a Freightliner truck crashed in a work zone on Hwy 501 in Horry County, South Carolina, killing two SCDOT employees – Cecil Morgan and David Sibbick –  and injuring six others. The loss of these two young men will forever impact their families, friends and communities. The Federal Highway Work Administration estimates that one work zone fatality occurs for every $112 million of roadway construction expenditures.  That statistic is quite sobering when you consider there is currently over $10B in roadway construction contracts currently underway in the Carolinas. Overall, crash fatalities decreased by 1.5% from 2016 to 2017, except in work zones, where the fatalities increased 3%. That being said, the safety and well-being of the employees working to build and maintain our roadways continues to be of paramount concern.  Although it may sound like common sense or even cliché, I urge you to put your phone down, avoid distractions and slow down in work zones.  These simple steps can literally be the difference between life or death. 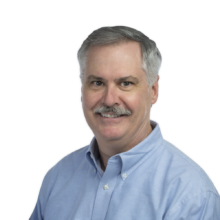 Robert Coon, Vice President of Surety Services for Scott Insurance, focuses exclusively on the surety industry where he has over 30 years experience as both an underwriter and agent. Based in Greensboro, NC, with clients along the entire East Coast, Robert works with contractors ranging in size from startups to ENR 400 companies to maximize their surety programs both in the USA and internationally.

Call Robert at 336.510.0072 if you have any questions or need any additional assistance.